New restaurant opening on 2nd Avenue between 24 & 25 Street in the old eyeglass/coin shop (What a weird combo that was!). It is unknown what kind of food this will be. 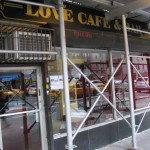 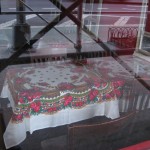 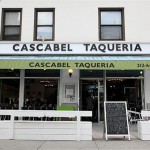 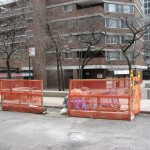 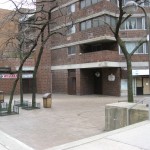 Cascabel Taqueria wants to lease the old Carvel store. They would want to put seating in the public space.

First of all, Hooray to the board for finally finding a tenant for this store. The rental income will benefit all of us here at EMP. Also, having a nice restaurant with outdoor seating would enhance the neighborhood and be a place people at EMP could enjoy. Having people dining there would probably keep away the hoards of pigeons and loud bums that hang out there now!

Apparently, there are already some obstructionists who are trying to stop Cascabel from succeeding with a flyer asking you to attempt to syop thenm form getting a liquor license which of course, a restaurant, particularly a Mexican restaurant has to have to succeed. Thsi flyer says that Cascabel features bottomless cocktails. That is not true-They only offer unlimited drinks on their weekend brunch menu and that’s with a 60 minute time limit! Really-How many Margaritas can a person drink in 60 minutes? http://www.nyctacos.com/wp-content/uploads/2011/09/02.01.14-Brunch_menu_for_print.pdf

I have a friend who lives directly across Second Avenue on the 2nd floor from the Upper East Side Cascabel. It is not noisy at all and a fun, very tasty and lovely restaurant.

An article about the lawsuit against board President Mark Andermanis is in today’s DNAinfo.com. Isnt it time for him to address this issue to all shareholders and to stop hiding behind the excuse that the case is in court since he already lost round 1 in State Supreme Court?

This is an excerpt from DNAInfo.com. Heather Holland is the reporter:

Mark Andermanis is fighting to keep his four-bedroom apartment at East Midtown Plaza. 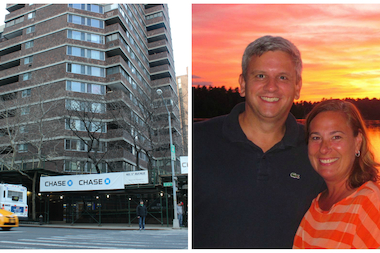 KIPS BAY — The president of affordable housing co-op East Midtown Plaza is in danger of being evicted because he broke city rules to unfairly secure a four-bedroom apartment for himself and his family, according to court documents.

Mark Andermanis is fighting to keep his recently renovated home in the Kips Bay complex after one of his neighbors sued him for cutting the line of people waiting for the sought-after four-bedroom unit, one of the largest available in the 333 E. 23rd St. building.

New York’s Supreme Court ruled last year that Andermanis, president of the 748-unit co-op, needed to return the four-bedroom apartment to the city’s Department of Housing Preservation and Development so that the agency could give it to the person who was next in line.

Andermanis, who is still living in the apartment, appealed the decision and his case is set to be heard in state’s Appellate Division on Wednesday.

“It’s a slanderous suit that had no merit whatsoever,” Andermanis said before declining to speak further about the details of his appeal.

His lawyer did not respond to requests for comment.

City rules require affordable Mitchell-Lama developments, like East Midtown Plaza, to compile a waiting list of residents who are eligible to transfer to larger apartments and then to award the apartments in chronological order as they become available.

The waitlist for four-bedroom apartments at East Midtown Plaza was only open to families with at least six members, but Andermanis was granted permission to move in in April 2012 even though he did not meet that requirement, according to court records.

He was a co-op board member at the time, records show.

Three months later, longtime East Midtown Plaza resident Alicia Echevarria sued Andermanis and his wife, Sandra Andermanis, saying they should not have been allowed to move into the four-bedroom apartment because their family was too small.

Echevarria, 45, also argued that if officials were going to make an exception, she should have been offered the larger apartment first, since she was ahead of Andermanis on a separate waitlist for three-bedroom apartments.

“In their papers the Andermanises admit that they appear on the list after [Echevarria],” Supreme Court Justice Peter Moulton wrote in his April 22, 2013 decision.

In court filings, East Midtown Plaza shot back that Andermanis was awarded the apartment because no one else had shown any interest in it, documents show.

“[The Department of Housing] states that it was never advised by East Midtown that anyone besides the Andermanises on the three-bedroom waiting list had expressed an interest in the apartment,” Moulton wrote in his decision. “It states that it waived its eligibility requirements on that basis.”

In addition, Andermanis argued in court documents that he had made “substantial and expensive improvements to the apartment in reliance on the HPD’s and East Midtown [Plaza’s] award of the apartment to [him],” and therefore he should be allowed to keep the unit.

The same month that Andermanis was cleared to move into his new home, theDepartment of Buildings approved a work permit on April 24, 2012 to replace the sixth-floor apartment’s two bathrooms, including two toilets and a bathtub, according to online records.

Andermanis, who was elected president of the co-op in 2013, works as chief operating officer at Lenox Hill Neighborhood House, an Upper East Side nonprofit that offers an array of social services for children and adults.